Get a $500 advance within 24 hours
when selling your annuity payments rights.*

Annuities can help people in retirement or in their working life ensure they have enough money to live on. However, annuities are complex insurance products and have a variety of structures, benefits, and disadvantages. Learn about variable annuity pros and cons, their format, and other types of annuities to determine if they’re the right investment strategy for you.

What Is a Variable Annuity? 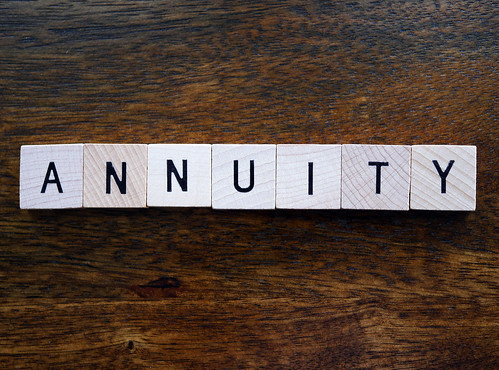 Annuities are financial contracts between a person and their insurance company where the person invests money with the insurance company in exchange for guaranteed payments over a specific period of time. A variable rate annuity relies on stock market trends to increase the principal investment’s value. Variable annuities have higher earning potential than other types of annuities since the principal investment gains interest based on the stock market, which can experience high increases in value.

Variable annuities go through two phases: the accumulation phase and the payout phase.

Purchasing an annuity can be done through a single lump payment or a series of deposits. Usually, during the accumulation phase, no payouts occur. Instead, this is the time during which the value of the account grows based on stock market trends.

In the variable annuity payout phase, accumulation, or growth, stops, and consistent payments from the account to the purchaser take place. The payouts continue for whatever period of time was originally specified in the contract — usually the purchaser’s lifetime or a set number of years.

How Are Annuities Structured?

Immediate annuities begin payout right away. There is no accumulation period after the purchaser invests their money. Variable annuities can be immediate, but the amount of money the purchaser receives each month varies depending on how the market performs. However, the initial investment won’t have time to grow much before payout begins, although the funds will gain interest over the time of the payout.

Deferred annuities begin payout sometime after the initial investment. These annuities have a chance to grow and gain interest prior to payouts beginning. The longer the accumulation period, usually the more money the purchaser receives each month in the payout.

Typically, deferred annuities are used for retirement income, so the payouts begin once the person has retired or has reached a specific age. Some annuities have penalties for beginning repayment prior to the purchaser turning 59 1/2 years old. For that reason, it’s rare for deferred retirement payments to start earlier than 60 years old for most purchasers.

Pros for a Variable Annuity

Cons for a Variable Annuity

However, variable annuities do have some downsides, including:

Other Types of Annuities

A fixed annuity functions in much the same way as a variable annuity with one large difference. Rather than the payouts rising or falling with the stock market, the interest rate is set at the time of purchase, and the payouts are a consistent amount each month. Fixed annuities are often less risky than variable annuities since purchasers are ensured a specific payout each month.

When Should a Variable Annuity Be Used?

Variable annuities can be a great retirement investment tool for people. Consider the benefits, disadvantages, and other types of annuities available before selecting an annuity product.

Our company provides cash for annuities.

Have questions about your annuity? We’re a call away. We’re proud to offer kind, friendly, helpful service.

Get a free Quote!

We may be able to offer a great deal for your settlement payment rights.
By submitting, you accept our privacy policy.