Get a $500 advance within 24 hours
when selling your annuity payments rights.*

Annuities can help people effectively plan for a steady income during retirement. However, there may be times when they need their money sooner than expected. Cashing out an annuity is one way to ensure cash-in-hand for immediate expenses. Consider how annuities function, the types of withdrawals or sales, reasons for cashing out an annuity, and steps for doing so to decide if it’s the right option for you.

What Is an Annuity? 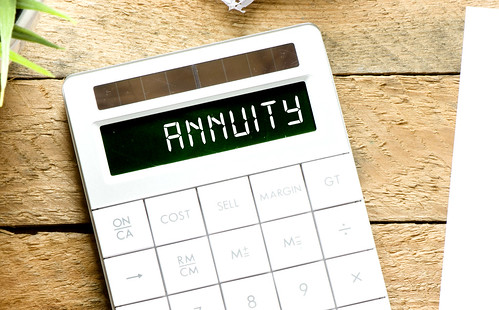 An annuity is a financial contract between an investor and an insurance company, guaranteeing a certain amount of money paid over a person’s life, usually after retirement, to ensure necessary income. Annuities come in a variety of structures depending on where the money comes from, such as an inheritance or other lump sum as opposed to retirement savings. The purpose of the money also varies, like using it for retirement income or as a steady stream of income during working years.

How Do Annuity Payouts Work?

Generally, annuities pay out over a specific period of time, determined by when the annuity is established. If the annuity is for retirement, the payouts often don’t begin until the purchaser is a certain age. However, people sometimes need the money from their annuity earlier than anticipated. In that case, there are a few options for withdrawing or selling the necessary funds quickly.

Some people choose to work with the insurance company and simply withdraw money from their annuity earlier or in a larger amount than stipulated in their annuity contract. However, early withdrawal comes with expensive tax implications and high surrender fees and penalties. Withdrawing money early from an annuity can substantially decrease the amount of capital available for later use.

Selling an annuity is another option for those who need cash immediately. In a partial sale, the seller exchanges a set period of time, say three years, of annuity payments for an immediate cash payment of that amount. Companies, rather than other individuals, buy these annuities and give the seller an upfront cash payment in exchange for the later annuity payout. The seller will still receive the rest of the annuity once the first three years of annuity payments have passed to the purchasing company. People who sell their annuities don’t face the taxes, fees, or penalties of early withdrawal.

A lump-sum sale is the sale of a specific amount of the annuity in exchange for immediate cash of the same amount. The seller sets a specific number, say $1,000, and once the buyer has received that amount from the insurance company, the seller resumes payout from their annuity.

In some cases, such as a lawsuit, the person might need cash immediately to pay lawyer fees or health care costs but won’t receive the income from their settlement for some time. Instead, they can take a cash advance from a company that purchases annuities and then repay the company once they receive their settlement.

People decide to cash out their annuities for a variety of reasons. The most common are:

When selling an annuity, the exchange is almost never dollar for dollar. Instead, the annuity is valued at its present cost, which is less than what it would earn over its lifetime with interest. Factoring companies apply a discount rate calculation to the cost of the annuity, the years it has left to increase in value, and the amount the seller wants to sell it for to determine the valuation.

For example, if a person wanted to sell $1,000 of their annuity payments, and the factoring company determines a discount rate of 10%, the seller would receive $900 rather than $1,000.

Annuities That Can’t Be Cashed Out

How to Cash Out an Annuity

Follow these steps to cash out an annuity and receive money for immediate use:

Begin by determining if your annuity is eligible for sale. Read the contract you signed when setting up the annuity to see what fees, penalties, or other implications might arise from an early withdrawal directly from the insurance company.

If you choose to sell your annuity rather than withdraw early, research companies that purchase annuities. Find one that meets your needs by asking for quotes from several companies.

Once you’ve selected the best purchaser for your annuity, complete an application. Many can be filled out online and don’t take much time to do. Submit your application for approval.

Once your application has been approved, review the final agreement between you and the purchasing company. Sign it, and receive your cash immediately.

Our company provides cash for annuities.

Have questions about your annuity? We’re a call away. We’re proud to offer kind, friendly, helpful service.